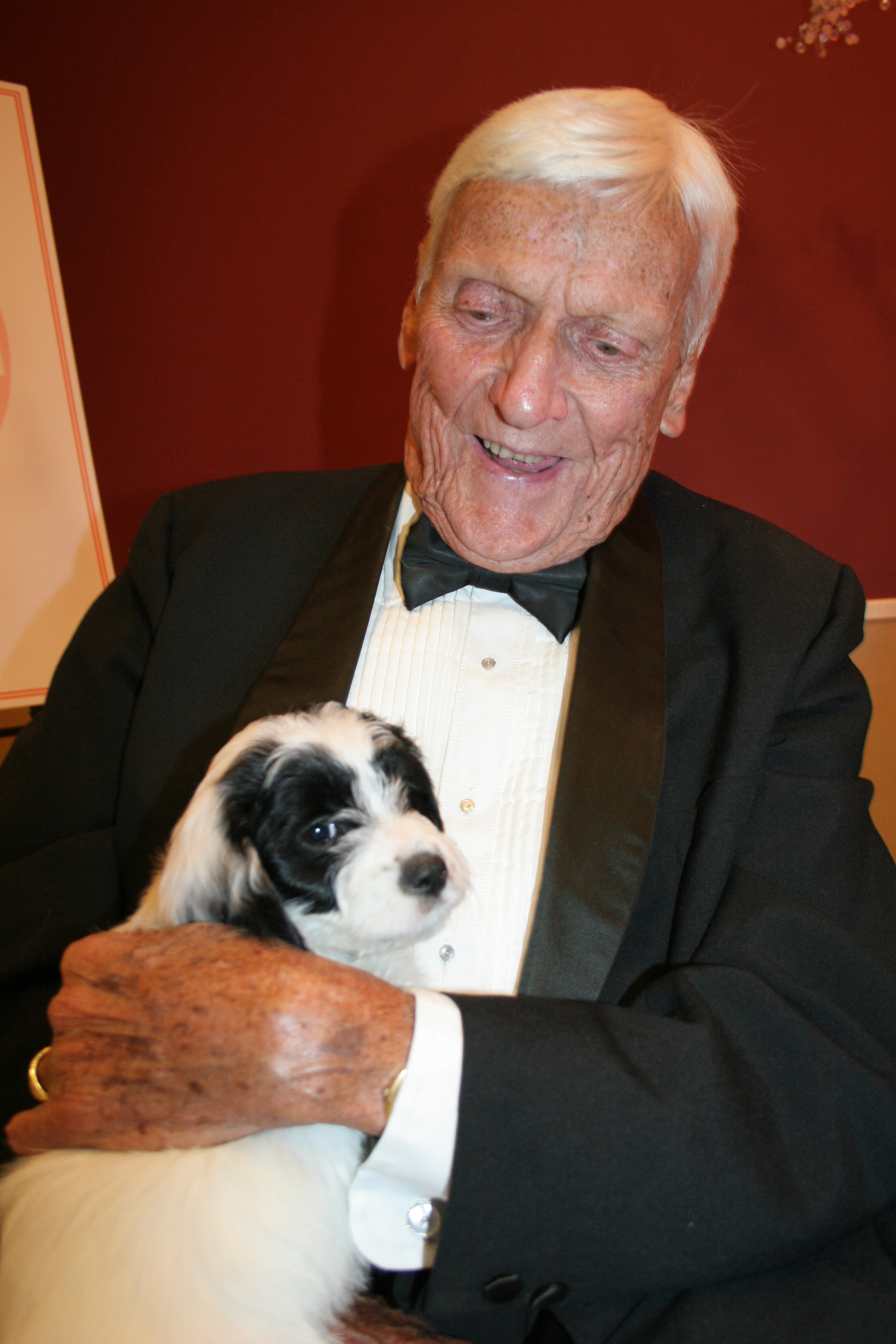 Thomas W. Holman and his generosity helped make the  Oregon Humane Society’s Holman Medical Center a reality and life-saving facility for our community. Established in 2007, OHS’s Holman Medical Center allows OHS to provide critical care to shelter animals. Tom’s $1 million gift was instrumental in creating this facility, inspiring others to give generously to the campaign while highlighting the need for medical care to shelter pets for thousands of pets at OHS. Tom’s personified caring and compassion for animals resulted in the medical center that now bears his name, treating on average 10,000 pets every year. The center helps educate the next generation of veterinarians through OHS’s partnership with Oregon State University. Thanks to his generosity, the Oregon Humane Society plays a leading role in making the Portland metro area unsurpassed in the nation when it comes to saving the lives of shelter pets.

A Portland-native, Tom attended Ainsworth Grammar School and Lincoln High School. In 1936, he  graduated from the University of Oregon. During WWII, he served in the U.S. Army Transport Corps. He completed basic training at Fort Lewis and attended officer school, reaching the rank of captain. He went on to serve at the Presidio in San Francisco. In 1947, he married Mary Dooley Holman and they raised two sons, Thomas Jr. and Maurice (Mike). After the war, he spent 42 years with the Traffic Department of the Union Pacific Railroad where he enjoyed a series of promotions. He and his wife enjoyed free travel with Union Pacific for their lifetimes vacationing in San Francisco, New York, and other national attractions.  Mary passed in 1994. 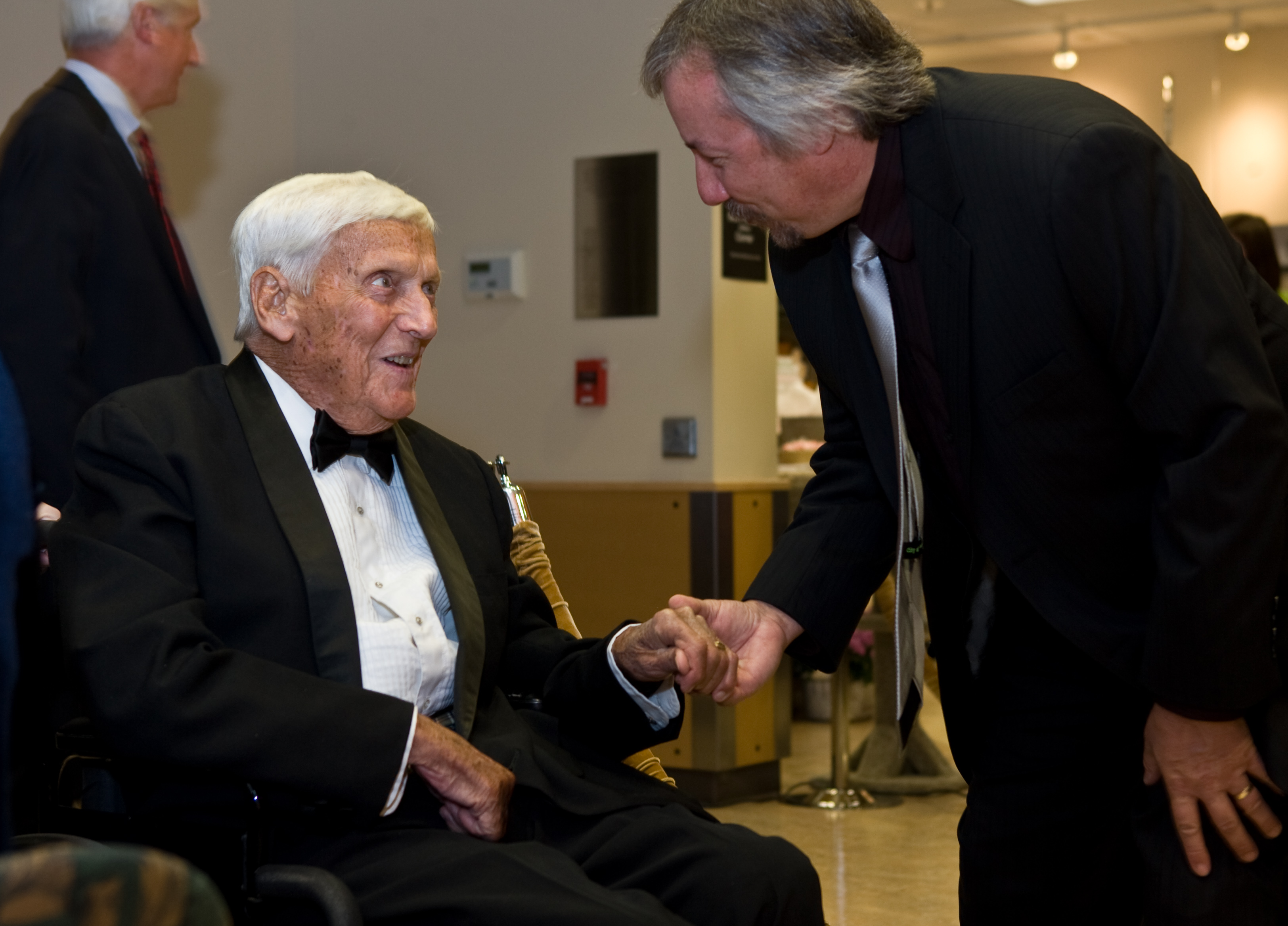 Thomas came from a long line of philanthropists and history-makers. One grandfather was a founder of Good Samaritan Hospital, Trinity Episcopal Church, and the original owner of Swan Island.  A grandmother was related to Samuel Huntington, a signer of the Declaration of Independence. And Tom’s father helped found the Mazamas.

Tom always loved animals, starting from his early days living near the Clackamas river to his last days watching Animal Cops on the Animal Planet channel. As a youngster, Tom raised parakeets which he sold to a local pet store or traded for canaries. Summers were spent with relatives at their farm near Estacada, where he enjoyed caring for rabbits. When his boys were young, the family had a cat, Whiskers, who lived to be 13. 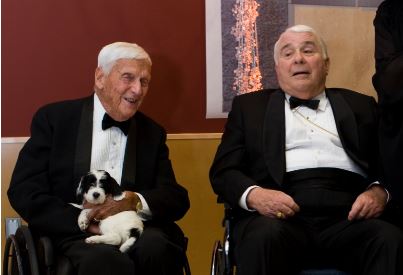 Dapper, gracious and kind, Mr. Holman was a true friend to the animals and to those of us fortunate enough to have known him. It was our honor to welcome him to numerous Oregon Humane Society events, including the groundbreaking ceremony for the Animal Medical Learning Center. In 2013, he, along with three generations of his family, attended the medical center’s “5 Year/50,000 Surgeries” celebration.

Thomas died in 2013, four months shy of his 100th birthday. We are honored to carry on Mr. Holman’s legacy, and that of his late wife, in our work every day at the Oregon Humane Society’s Thomas W. & Mary D. Holman Medical Center.